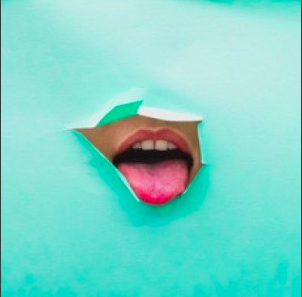 Where else could be end Camden Fringe but at the Etctheatre? And how lucky we were to get to witness legends, Around the Block. The way it works is 5, 30-minute monologues shown in pairs over three days. It’s an ingenious way of showcasing work, giving the audience a range of shows in just a few hours. I was there on the Sunday, and here are the shows I saw:

Seemingly about an actress haunted by her panto Captain Hook if you stick with the piece it forms into a poignant reflection on loss and grieving at a young age. The structure of the piece was really satisfying, however the link between Hooks fear of the clock and the inevitability of death felt like it could have been hammered home a little more. In terms of the acting Oppal was engaging and managed to walk the line between comedy and tragedy perfectly.

Roundabout Way was the most gruesome of the four monologues, and perhaps the most unrealistic too, but Lewis’s sweetness and apparent innocence leads you right up the garden path into thinking that she can alter her life and make her relationship with her long-distance boyfriend work, all while being relatable and funny. However the twist in the tale take you by surprise, showcasing the excellent writing- Definitely one to watch on all accounts.

When people talk about writing quality roles for women, particularly those over the age of 25 I would willingly force them to watch this monologue. Again it seems like you’re heading in one direction and then you take a sharp right down ‘how did we get here’ lane. Quillgan expertly pulls of hurt and betrayed housewife, but is convincing in her dark side too. It’s sexy, controlled and a well-rounded character.

The final show of the afternoon was Confinement, and easily the most relatable. Drinking, not writing and lots of cats. The ending and overall ‘message’ was a little less clear than the other three, but the monologue was probably the funniest of the four, particularly the moment where she took the piss out of people who say ‘yah’ seriously. Benson was convincing and likable- I wish I could know more about her disorder, and this is probably the piece I would most like to see developed into a longer piece.

One thought on “Around the Block, Get Over it Productions and Divergent Theatre Collective, EtcTheatre”